I have recently been looking for content which might be more cultured than just interesting news, tech, and feature. I’d say that this might be it.

The Stele of Vultures, fragments of which lay safe in the Louvre Museum of Paris, France, is a legacy to the Sumerian civilization of historical era 4000-500 BC (in circa terms). Lost archeological tablets, like this one, from Sumer, later and in recent centuries found, of course, point the direction for scientists and historians alike to determine what may have been the truth of mankind’s civilized, pagan past. Sumer is considered the place of possibly the oldest civilization in Mesopotamia, rivaling biblical history or at least competing with the place in which the Story of Job took place.

Here is some text from Wikipedia on the Stele of Vultures.

The stele is not complete. Only seven fragments are known today.

The first three fragments were found during excavations in the early 1880s by the French archaeologist Ernest de Sarzec at the archaeological site of Tello, ancient Girsu, in what is today southern Iraq.

Another three fragments came to light during the excavations of 1888-1889.

A seventh fragment, which was later determined to be part of the Stele of the Vultures and thought to have come from Tello, was acquired on the antiquities market by the British Museum in 1898. While two initial requests to hand this fragment over to the Louvre were denied by the British Museum, it was eventually given to them in 1932 so that it could be incorporated in the reconstructed stele together with the other fragments.

The stele can be placed in a tradition of mid-to late-third millennium BC southern Mesopotamia in which military victories are celebrated on stone monuments. A similar monument is the Victory Stele of Naram-Sin, created during the Akkadian period  that followed on the Early Dynastic III period.

Stele of the Vultures.

The upper, larger register shows a large male figure holding a mace in his right hand and an anzu or lion-headed eagle in his left hand. The anzu identifies the figure as the god Ningirsu. Below the anzu is a large net filled with the bodies of naked men. Behind Ningirsu stands a smaller female figure wearing a horned headband and with maces protruding from her shoulders. These characteristics allow the figure to be identified as the goddess Ninhursag. The lower, smaller register is very badly preserved but, based on comparisons with contemporary depictions, it has been suggested that it depicted the god Ningirsu standing on a chariot drawn by mythological animals.

A fragment of the Stele of the Vultures showing vultures with severed human heads in their beaks and a fragment of cuneiform script.

The historical side is divided into four horizontal registers. The upper register shows Eannatum, the ensi or ruler of Lagash (his name appears inscribed around his head), leading a phalanx of soldiers into battle, with their defeated enemies trampled below their feet. Flying above them are the vultures after which the stele is named, with the severed heads of the enemies of Lagash in their beaks. The second register shows soldiers marching with shouldered spears behind the king, who is riding a chariot and holding a spear. In the third register, a small part of a possibly seated figure can be seen. In front of him, a cow is tethered to a pole while a naked priest standing on a pile of dead animal bodies performs a libation ritual on two plants spouting from vases. Left of these scenes is a pile of naked bodies surrounded by skirted workers with baskets on their head. Only a small part of the fourth register has been preserved, showing a hand holding a spear that touches the head of an enemy. Some Sumerologists have proposed reconstructing a caption near the enemy as “Kalbum, King of Kish”.

The inscriptions on the stele are badly preserved. They fill the negative spaces in the scenes and run continuously from one side to the other. The text is written in Sumerian cuneiform script. From these inscriptions, it is known that the stele was commissioned by Eannatum, an ensi or ruler of Lagash around 2460 BC. On it, he describes a conflict with Umma over Gu-Edin, a tract of agricultural land located between the two city-states. The conflict ends in a battle in which Eannatum, described as the beloved of the god Ningirsu, triumphs over Umma. After the battle, the leader of Umma swears that he will not transgress into the territory of Lagash again upon penalty of divine punishment. The Stele of Vultures [CDLI Wiki] 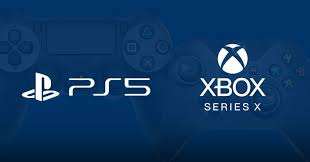 PS5 vs. XBOX Two | YouTube Video from The Gamer

PS5 vs XBOX Series X: What is the Developers’ Favorite Console?

I’m thinking of doing a YouTube video reboot, street food section break in on redcrosse10999 blog here, because my features are always few. So to keep things going.

Wow! (I’m sorry this gets embedded in probably science fantasy and auto news, but all the same, my primary blog is for keeping things that should be extremely well-kept. (I guess I sometimes forget to share those things as I find them daily, or that often I do, but all the same, I try to remember this blog time to time to put extra-special things on them.) This seems extra-special to me. I hope it does to others.

Method: Spatchcock and brine your chicken as follows: if overnight, a 6% brine. If cooking same day, a 10% brine. Rinse and dry chicken, season with salt and pepper, and roast at 475F for forty (40) minutes, or until a probe thermometer registers 165F internal temp throughout the bird. Optional: add root veg of choice to the roasting pan before cooking. Allow to rest at least ten (10) minutes, then carve and serve.

This is the First Chicken not only because it’s the first time we’ve made anything with chicken on a site named after the things, but also because this is kind of where it all started for me (but that’s a long story).

Method: In a large mixing bowl, combine all ingredients until well-incorporated. Turn out the dough onto a heavily floured work surface and knead until the stickiness subsides. Return to bowl and let rise until doubled in size, approximately 2-3 hours. Shape into a loaf, and move to a loaf pan. Allow to proof until dough passes the finger-dent test. Brush with egg wash, top with oats, and score. Bake at 375F for one hour. Allow to cool completely before cutting.

This is a recipe I developed after tinkering around with my oat flour for a bit. I’d been making all the bread…

There are a few small things in my life that bring me a goofy amount of satisfaction: a well-stacked woodpile; extra-sharp kitchen knives fresh off the whetstones; and an organized pantry full of basic ingredients. In my youth, my family operated on a use-it-up policy that dictated we not buy a new bottle of ketchup until the existing bottle was completely gone. As a result, we were constantly out of everything, a fact which usually revealed itself mid-recipe.

My philosophy is a little different: I want to make sure I have the basic building blocks for the widest range of applications possible. As a result, my shopping cart usually looks like I’m about to head out on the Oregon Trail, but there’s a reason these things are called “staples.”

A little rev for the C8 out on the road video.